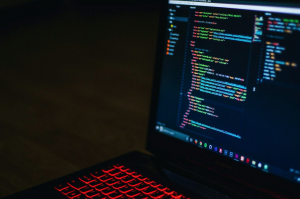 When you imagine a coder, what do they look like? Most people probably envision a hooded 20-something guy who taps away at the keyboard in a dark room, because that is what movies and TV shows taught us. But let us abandon this less-than-scientific approach and learn more about coding together!

This article will reveal many interesting and entertaining facts that may surprise beginner and experienced coders, as well as coding enthusiasts. Intrigued? Keep reading!

20 Fun Coding Facts will Spark your Interest in Programming

1) The first IT specialist was a woman. Few people know that the first person to study programming was a British woman, Ada Lovelace. It was this woman who, in the 19th century, wrote the algorithm for the ancestor of a modern computer, an analytical engine. This machine was an innovation in its time that could solve Bernoulli’s equation. Ada, not knowing at the time that she was starting a huge it-movement, developed a sequence of operations to solve a task – so, in fact, she was writing a computer program.

2) Much programming time is spent analyzing the user’s behavior. This fact about coding will be interesting for beginner IT specialists. According to Brian Humes, Emerson Process Management vice president, programming is not only about writing code, but largely about analyzing user behavior. IT-specialists spend about a quarter of their time thinking about how users will interact with their program, which issues they will likely run into, etc.

4) Python programming language was not named after pythons, although its logo looks like a snake’s head. Its author Guido van Rossum chose such a name for the language due to the fact that he was a fan of the British comedy series “Monty Python’s Flying Circus”.

5) Any experienced programmer will tell you that even the most popular widely used programs contain an astronomical number of bugs. Admittedly, even those programs that work great actually contain more errors than you think so that at times it’s hard to understand how they manage to work in the first place. 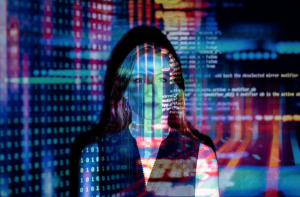 6) Coding is mostly about thinking, not typing – thinking, analyzing may take up to 90% of a programmer’s time.

7) There are about 8,500 programming languages in the world, but just over a dozen are commonly used.

8) Python has overtaken French in elementary schools. Believe it or not, Python overtook French and became the most popular language taught in elementary schools. Statistics showed that 6 out of 10 parents prefer their children to learn Python rather than French. It just goes to show that many people have appreciated the importance of Python programming. The same is true for children – about 75% of children attending primary school choose to learn a programming language rather than French.

Many young people start to learn coding nowadays, which is not surprising, as it is quite a prestigious and well-paid profession. However, many students have a hard time composing essays for university, as they are often more inclined towards mathematics and computer science than towards writing. You can use https://subjecto.com/ to browse some essay ideas and get a taste of high-quality creative writing, which will definitely boost your writing abilities.

9) JavaScript has nothing to do with Java, although their names feature the same word. JavaScript was originally called LiveScript, but after Java programming language became extremely well-known and popular, for commercial reasons LiveScript was renamed JavaScript.

10) Java wasn’t always Java. Its original name was Oak, which was inspired by an oak tree that grew near the office of developer James Gosling. Its second name was Greentalk, inspired by the Green project, responsible for the development of Java. Name Java appeared later. Some argue that this programming language was named after Java, a type of coffee. Others believe that name was inspired by the coffee machine, as Java language was allegedly originally created for programming of this household device. The third theory merely states that the name Java was selected due to an insurmountable amount of coffee developers drank while programming the Java language. Be that as it may, an image of a steaming cup of coffee is still among the official emblems of this popular programming language.

11) According to experts, every year computer viruses cause about $1.5 trillion worth of damage to the world economy.

12) Did you know that in addition to the official programmer’s holiday – programmer’s day, celebrated on September 13, there are other dates that coders recognize as their professional holidays, namely, the day of system administrator (last Friday of July), day of computer technician (February 14th), day of web programmer (April 4th), day of software tester (September 9). Take these opportunities to celebrate, and don’t forget to congratulate your friends if they work in the IT-sphere. 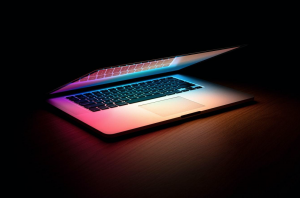 15) Very first computer bug in history was discovered in 1945 when engineers found a moth – an actual bug – in a Harvard Mark II computer case. This moth was short-circuiting contacts, making a computer crash. Since then, computer failures have been called bugs.

16) Pascal programming language was created by Niklaus Wirth and named after a French philosopher, physicist, and mathematician Blaise Pascal.

17) An average salary of a Java programmer is about $84,000 per year. There are about 9 million Java developers worldwide.

18) Duke, Java mascot, was created by Joe Palrang. Subsequently, one of this animator’s other creations was the cartoon “Shrek”, popular all over the world.

19) Over half of software projects face critical problems (deadlines, going over budget, functional disruptions, etc.), while approximately 15% fail completely. However, this situation is way better than in 1994, when the latter was 31%.

20) JavaScript language does not belong to a particular company or organization, which is a real rarity for programming languages. Everyone can use this language without buying a license, completely free of charge.

Start your Journey into Coding

With the amount of information available nowadays, it’s still common to have blind spots when it comes to certain subjects. Hopefully, we managed to shed some light on coding for you today, and now you feel more knowledgeable on this interesting trendy topic. If you consider coding as your career, you should attempt to learn as much as you can – and there is a lot to learn about coding. Yet, it’s more fun and entertaining than one might think. Explore coding facts we prepared for you in this article and research on your own to find even more cool stuff about coding!

Kristin is a writer with a background in editing, which helps her a lot in composing fun and helpful articles for her readers to enjoy. She prides herself on being able to combine knowledge with entertainment, as she believes it is the only correct way to learn about the world. Kristin spent several years working in different countries, so now she can look at various topics from a different perspective, and transfer this insight into her work. Among her passions are reading, traveling, and exploring other cultures.