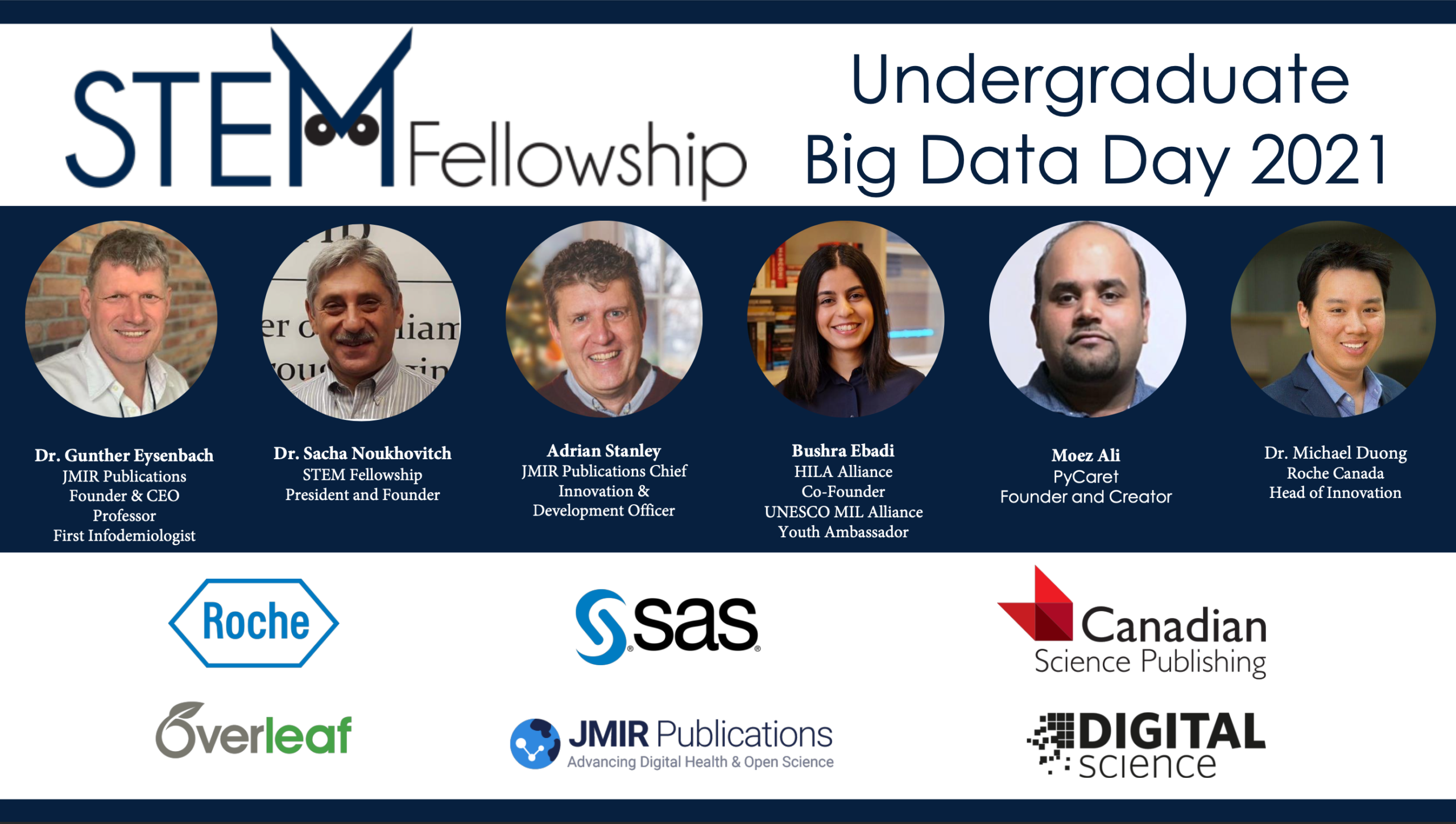 After a record-breaking Undergraduate Big Data Challenge, experts have selected 15 finalist teams to compete at our finale event: Undergraduate Big Data Day. Below you will find the project reports as well as 10-minute video presentations for each finalist team. We encourage you to view these to see the work of the brightest undergraduate students in Canada as they compete for monetary and scholarly prizes, which include the opportunity to attain publication opportunities and cash awards. 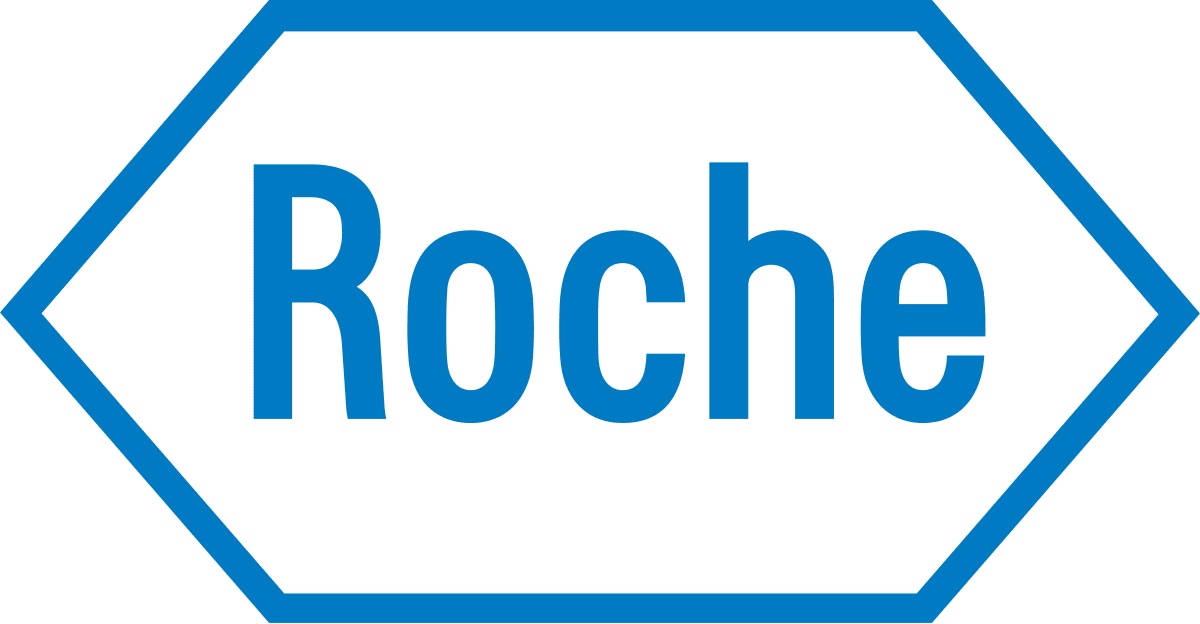 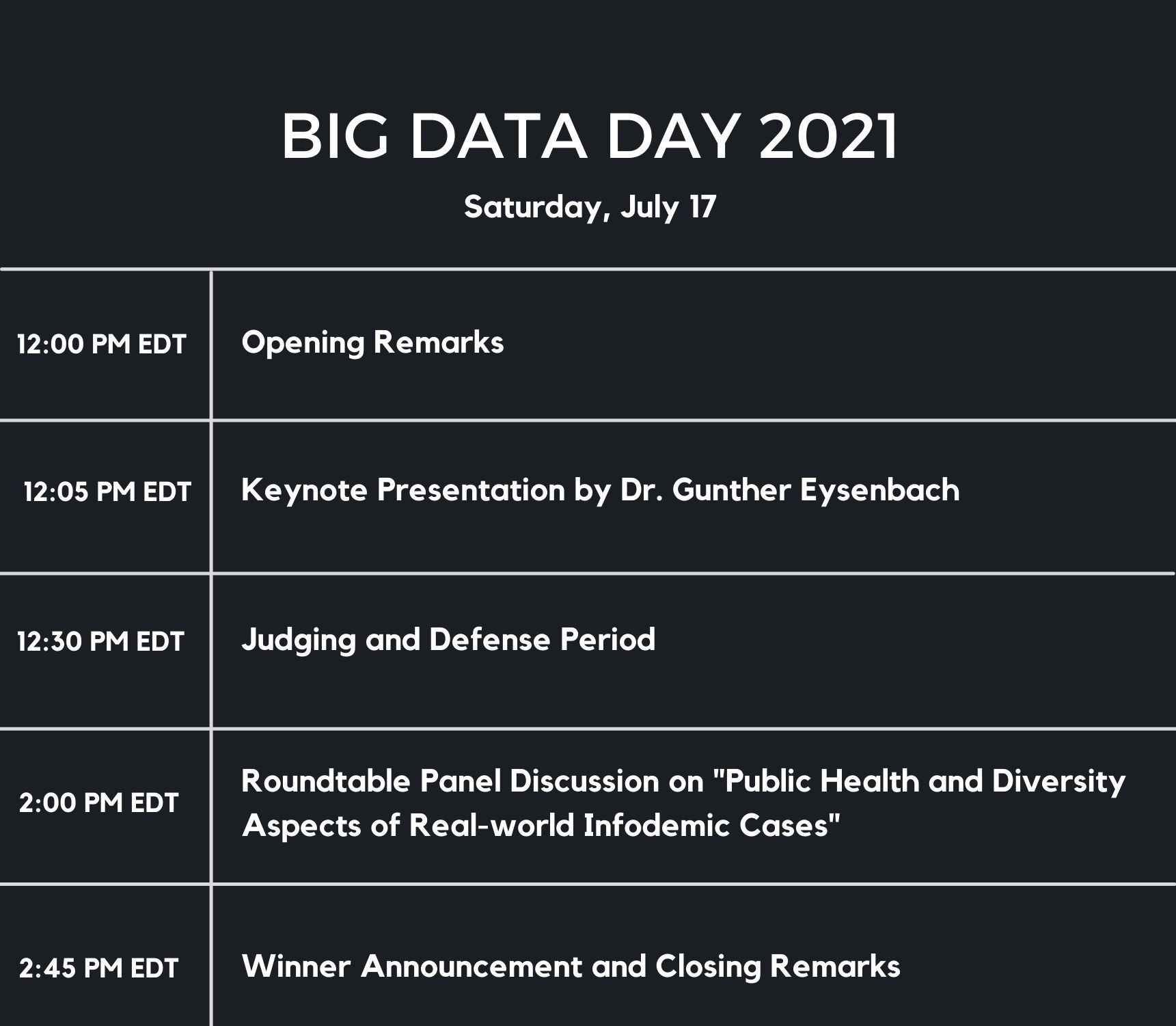 Gunther Eysenbach is a visionary who recognized the importance of the internet for both medical information dissemination as well scholarly publishers in the 90s, became a pioneer of the gold Open-Access movement, created one of the first open-access journals, co-founded the OASPA (Open Access Scholarly Publishers Association), and built JMIR Publications, a respected global scholarly publishing firm known for quality and forward-thinking open science innovations (one of Canada’s Fastest Growing Companies). He is also the co-inventor of TrendMD, a company he co-founded as Chief Science Officer, which is another avenue to disseminate scientific information in a targeted manner. Gunther spends most of his time as President of JMIR Publications, but also invests in innovative startups in medicine and science as an angel investor, and holds the position of Adjunct Professor at the University of Victoria. 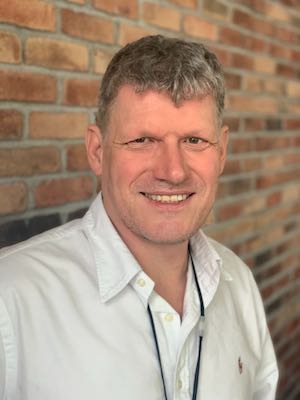 Dr. Sacha Noukhovitch is a Founder and President of the STEM Fellowship. He is a recipient of the Prime Minister Award for Teaching Excellence in STEM. He is also an Editor-in-Chief of the Canadian Science Publishing Open Access peer-reviewed STEM Fellowship Journal as well as a practicing educator piloting data science education at Earl Haig Secondary School, Toronto. Sacha is a member of the Ontario College of Teachers, sits on the marketing committee of the USA Council of Science Editors, LEAD Canada/LEAD International fellow and the STEM-stream Editor of the International Journal on Innovations in Online Education.

Adrian Stanley is an experienced and visionary executive with a demonstrated history working in the scholarly communications, research and tech start-up arena. Currently he is the Chief Innovation and Development Officer for the Journal of Medical Internet Research (JMIR) Publications, in addition to serving as the Chair Person of the STEM Fellowship Board of Directors. Previously, Adrian was the Managing Director of Digital Science as well as the past president of the Society for Scholarly Publishing. 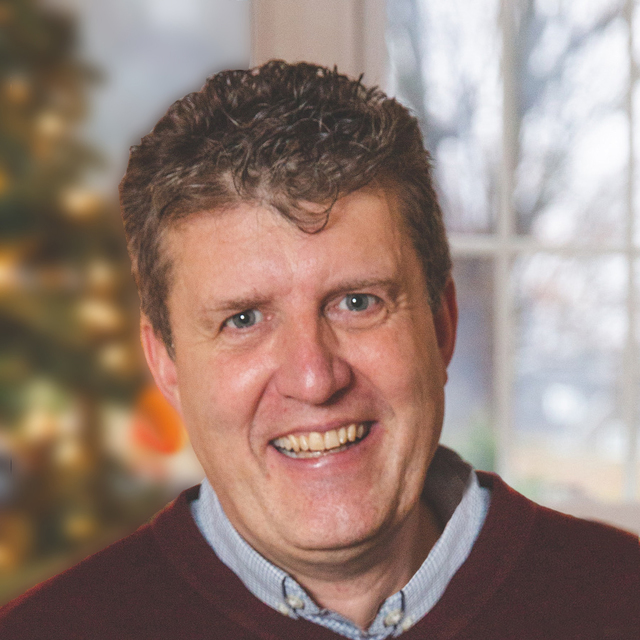 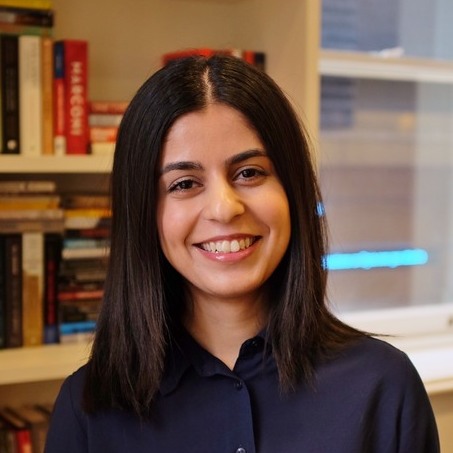 Bushra Ebadi is a social innovator committed to advancing peace, justice, equity, and the agency of marginalized individuals and communities globally through the co-design and development of inclusive governance systems, communities, and systems transformations. She is a youth ambassador for North America and Europe for the Global Alliance on Partnerships for Media and Information Literacy. As well, she serves on the executive committee for the Canadian Commission for the UN Educational, Scientific and Cultural Organization.

Moez Ali is the founder and creator of PyCaret, an open-source low-code machine learning library. He is an Analytics and Data Science Leader, that has extensive experience in creating tools that allow data scientists with all levels of experience to create real world and applicable solutions to all kinds of problems. He currently serves as an Adjunct Professor of Data Science. 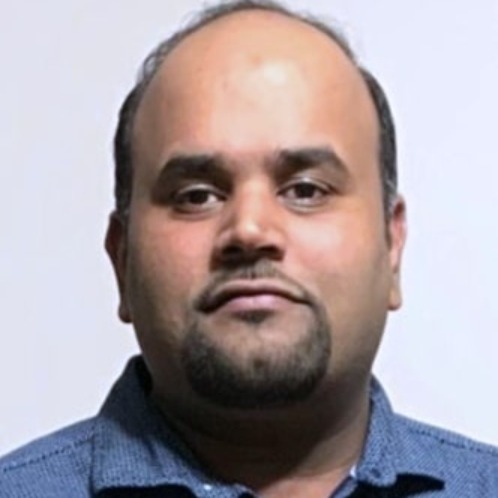 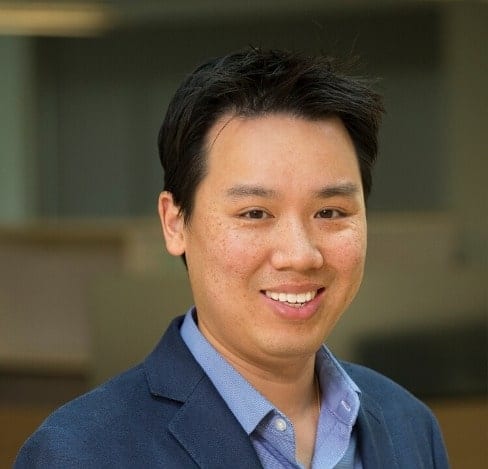 Michael is an experienced professional and senior leader in the pharmaceutical and biotechnology industry. He has held roles in scientific research and development, pharmaceutical consulting, and health economics and outcomes research. He is currently the Head of Innovation at Hoffmann-La Roche Ltd. Canada, responsible for the innovation strategy across Roche Canada and all of its divisions, and leading the Roche Innovation Hive – the creative space where the future of healthcare is being imagined and co-created between Roche and external partners, leveraging a unique combination of long-term visionary thinking, innovation skills and capabilities as well as experimentation and iterative learning. 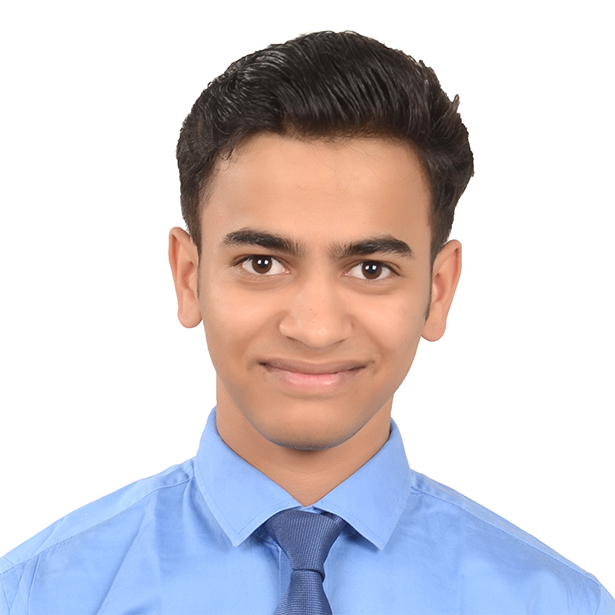 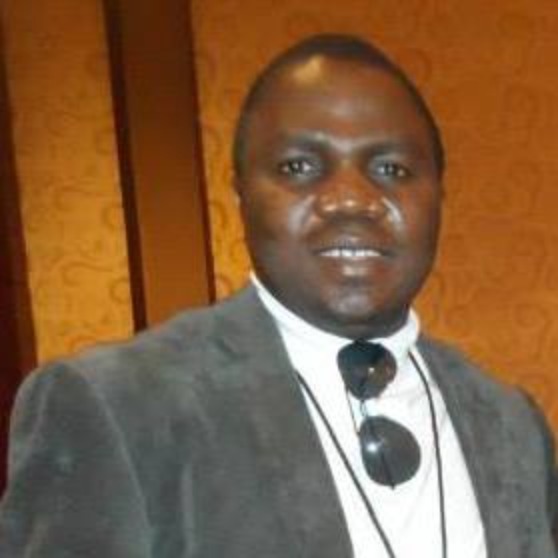 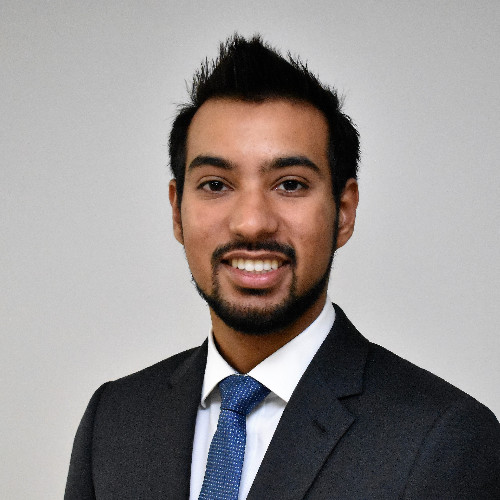 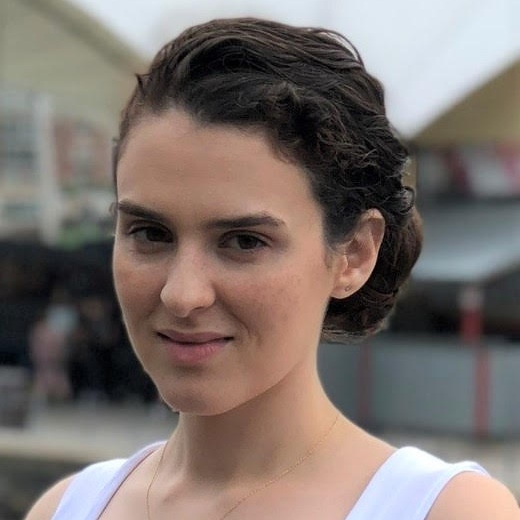 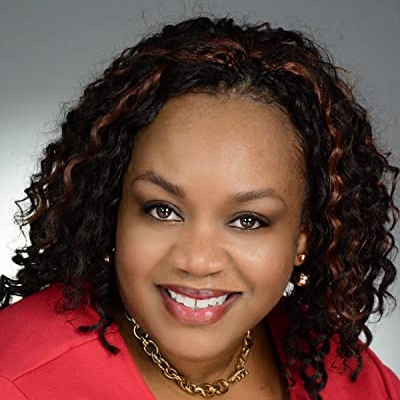 CEO and Co-founder at Blockchain Chamber of Commerce 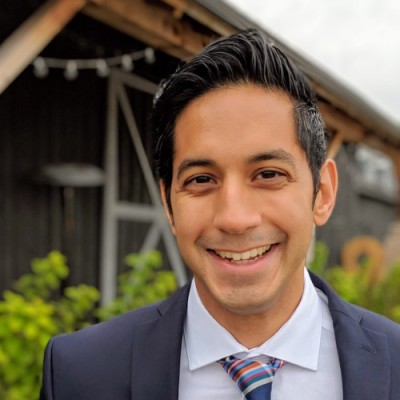 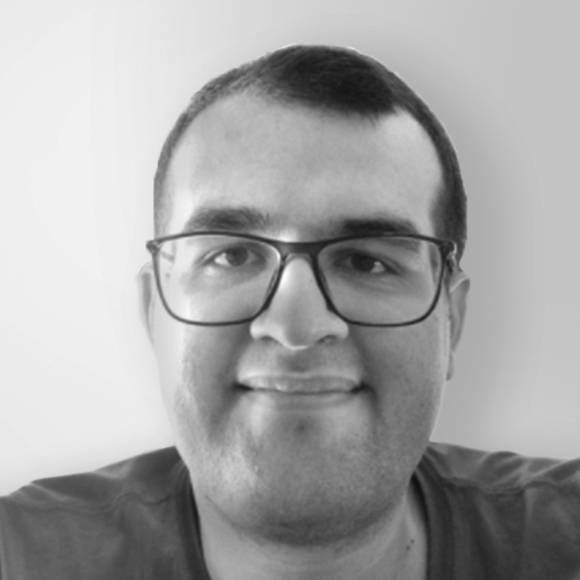 Is it Fact or Fake? COVID-19 Misinformation Tweets and Network Structures are Highly Similar to Factual Tweets

Are You Spreading Misinformation? Analyzing How Influential Twitter Users Contribute to the Spread of COVID-19 Information

The Plebeian Algorithm A Democratic Approach to Censorship and Moderation

What pandemic events have had the most influence on public sentiment towards the AstraZeneca, Pfizer and Moderna COVID-19 Vaccines?