After considering the input from the Problem Selection Committee, the Organizing Committee finalized the CaYPT 2022 problems. The list can be found here.

As in previous years, the CaYPT Committee compiles a crowdsourced reference page for IYPT participants. For more info, click here.

Team Canada participated in the OYPT (an online non-official version of the IYPT). The team won silver medals finishing the selective match in 2nd place and ranking 3rd in the final match. For OYPT 2021 scores, click here.

HOW IT ALL STARTED

The International Young Physicists’ Tournament (IYPT) is an international competition held for high school students across the world who are interested in physics. The Physics World Cup, as it is also known, has been held for more than three decades now, with more than 30 participating teams.

Canada began participating in the IYPT since 2016, which was an exceptional case where the IYPT allowed a country to send a full student team in its first year of membership (normally countries would send an observer for the first year to get acquainted with the competition). After an application process that was finalized in July 2016 taking place in Russia, STEM Fellowship was established as the IYPT Member Organization (IMO) for Canada.

In 2017, the first Canadian Young Physicists’ Tournament (CaYPT) was held. This year marks the 4th annual CaYPT. The tournament now attracts more than 100 students, teachers and jurors every year. We have expanded our influence across Canada and are growing fast. 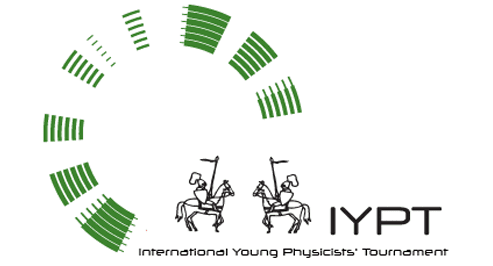 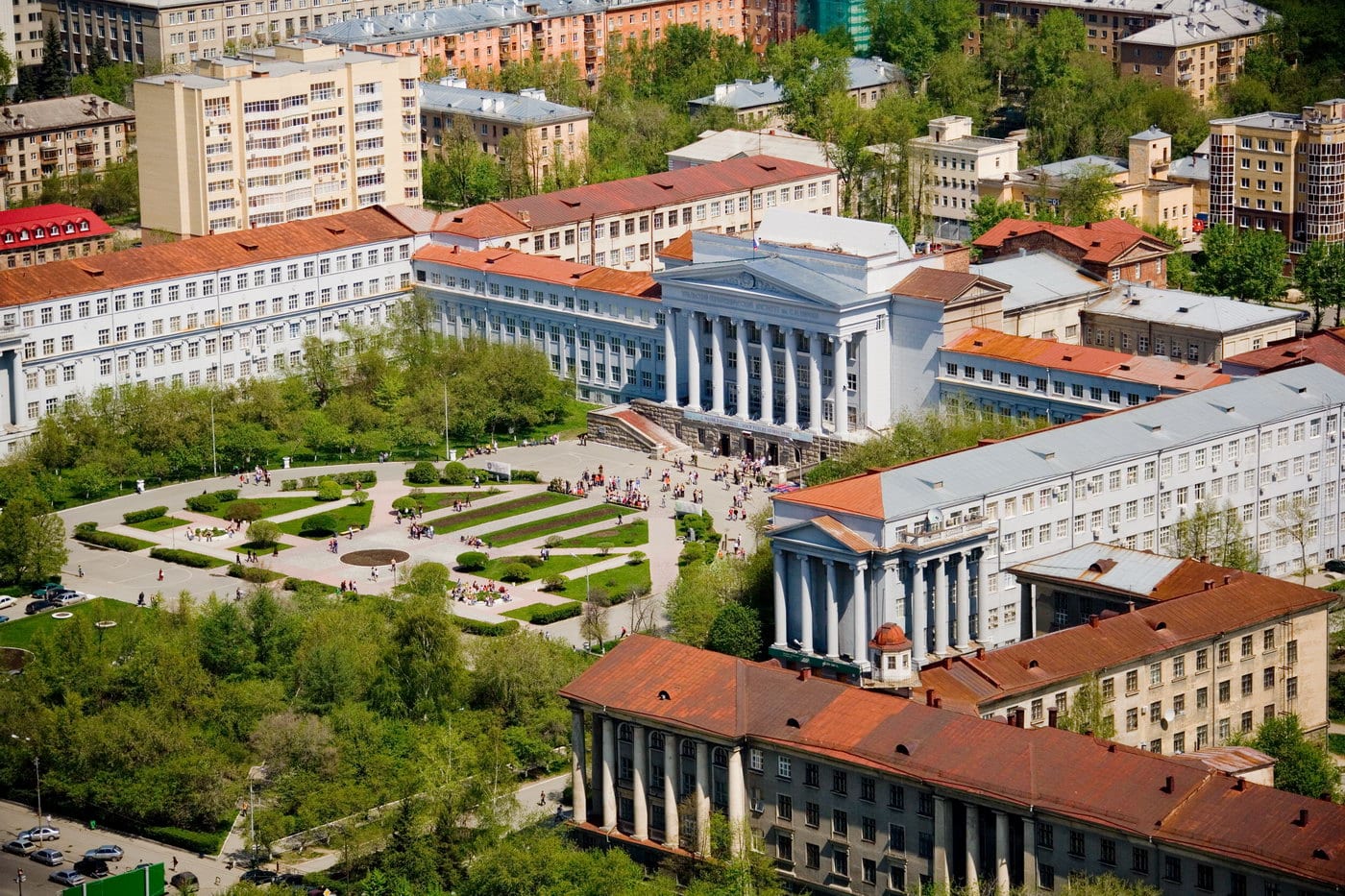 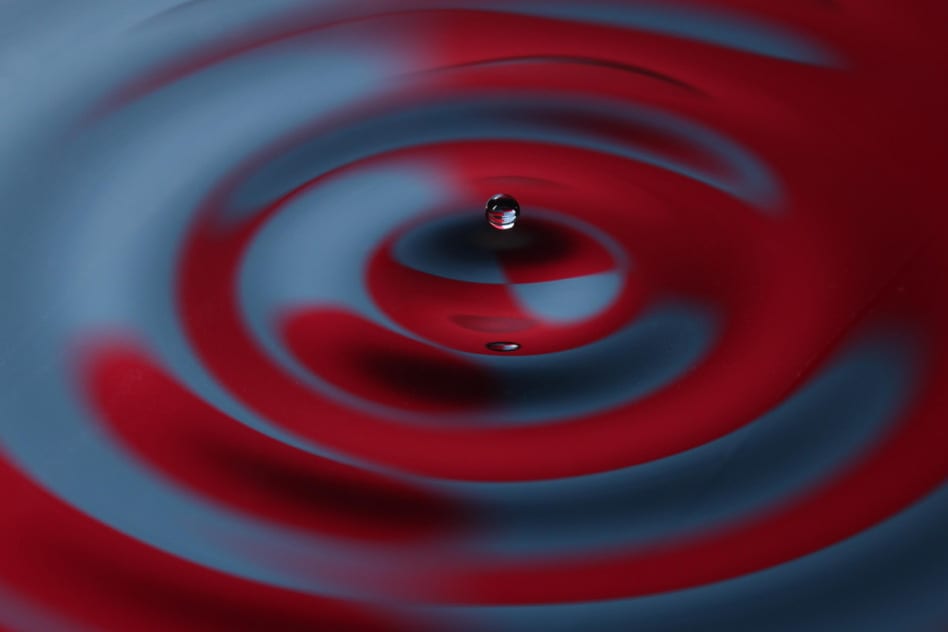 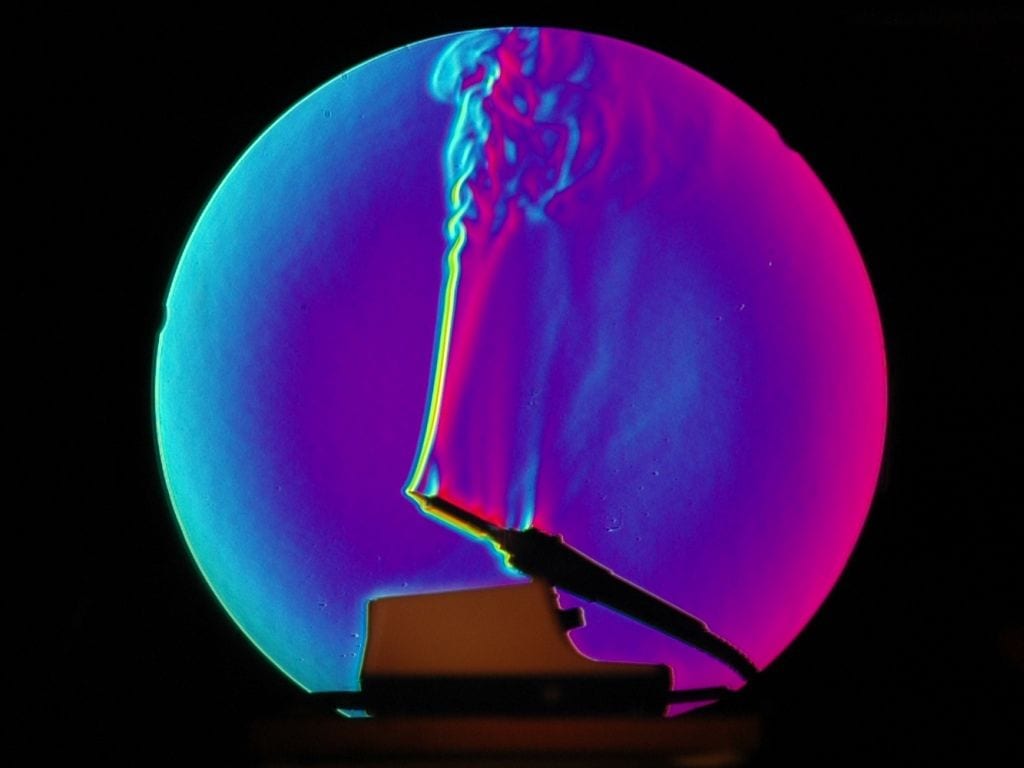 The IYPT has a complex structure that requires one to see the competition in order to fully understand how it actually works. We highly recommend participants to watch past IYPT videos to familiarize yourselves on how the competition works. Each year, immediately after the IYPT competition in July, the IYPT Executive Committee (EC) proposes 17 questions for the competition that will be held the following summer. The questions are chosen from nominations made by all participating countries that are confirmed by the International Organizing Committee (IOC) of the IYPT. The questions each have an experimental component, and are each similar to an independent research project that requires background research and precise experimentation and analysis of variables.

CaYPT 2020 will be held in March at the University of Toronto. CaYPT strives to provide all interested Canadian students with an opportunity of being part of the Canadian National Team. Thus, students outside of Ontario could participate in the tournament through teleconference. The rules of the CaYPT is largely similar to that of the IYPT. The CaYPT Organizing Committee will select 10 out of the 17 IYPT problems to be used in the national tournament. In April and May individual selections will be held. The national team will be made from the best students across Canada.

HOW THE TOURNAMENT WORKS

Teams consist of three to five students, including one Team Captain and one Team Leader (an adult mentor preferably with adequate physics knowledge – usually a science educator who can provide guidance to the team). Each team will need to come up with a theoretical model, research, and experiment all of these problems before the competition, as the competition itself is of presenting these solutions to other teams and the jurors.

Each team represents their respective country and participates in a league structure of “Physics Matches” (PM). Each Physics Match includes two to three teams in a room, where they compete according to a modified version of the IYPT structure. There are three roles that each team will have a turn at: Reporter, Opponent, and Reviewer. There is a score multiplier of 3× for the reporting team, 2× for the opponents, and 1× for the reviewing team, each reflecting the importance of their respective role in the Physics Match. In each Physics Match, teams will have a shot at all the positions.

The presenting team will be challenged to present one of the questions within a limited time frame. The opponent then draws the attention of the jury to what they see as flaws in the presentation. At any point in time, there there can be at most one person from each team on the podium. Both sides are also given time to debate with each other on their findings, or pass on notes to their representative. The reviewing team may provide their view on both presentations and weigh-in on the debate as well.

Presenting teams are given the option to reject problems in a Physics Match. The first rejection comes without penalty; however, every subsequent rejection after that is at the expense of -0.2× on their score multiplier. Penalties carry throughout the entire competition and do not renew every round. Thus, it is highly recommended that your team researches the solutions to as many of the ten problem as possible. The IYPT requires the completion of all 17 problems. The selection of the Canadian National Team for the IYPT is based on the team score and the result of the individual selections.

Finally, the jury gives scores out of ten to each of the teams. The teams then rotate so that by the end of the Physics Match, each team has received scores for all three roles. The scores are ultimately used to determine the winners. 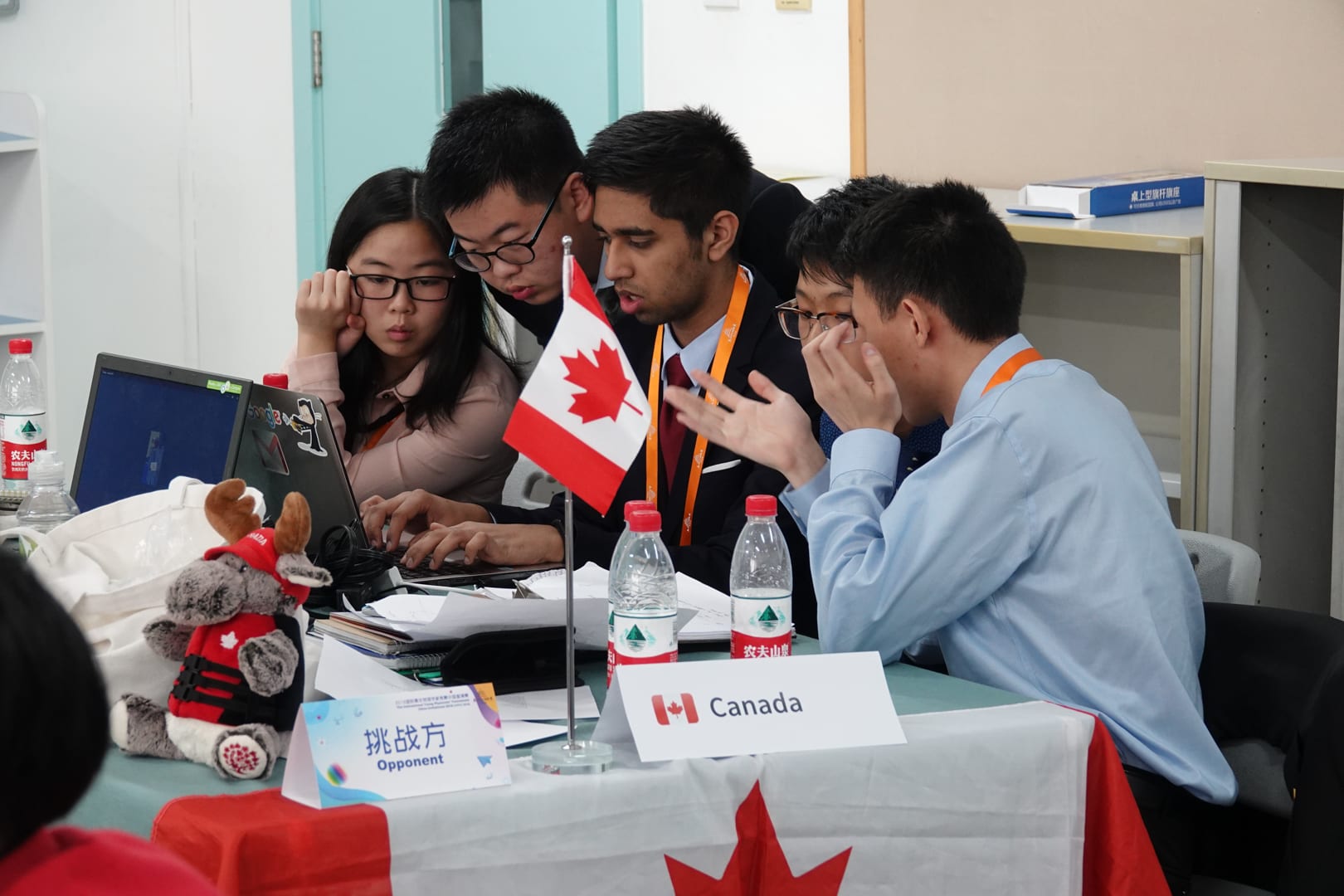 The judges of the competitions will be faculty members from various fields of physics who can volunteer their time. Judges are preferable faculty members or post-doctorate associates. We are hoping that our academic partners can support us in inviting more judges to the regional and national event. Graduate students and educators with a degree in physics are also encouraged to reach out to us!

For each Physics Match, three jurors are required, meaning that there would be at least three jurors for every two participating teams. The priority would be to get faculty members from each host university, but as that may not be possible for some places, graduate students in fields of physics may also be allowed to participate as jurors. Jurors would have to go through an orientation about the structure of CaYPT Physics Matches and the scoring criteria, with support from previous IYPT team leaders and observers who have attended past competitions. Jurors would have to declare any conflict of interest with participating teams.

For details regarding the eligibility of jurors, please see The Jury selection of the Rules and Regulations.

STEM Fellowship is currently in discussion with numerous academic sponsors across Canada in order to facilitate various aspects of the CaYPT. The Perimeter Institute for Theoretical Physics and Partners in Research have facilitated our Regional and National competitions. The Department of Physics at the University of Toronto hosts our current tournament. We are also supported by TRIUMF and SciNet. 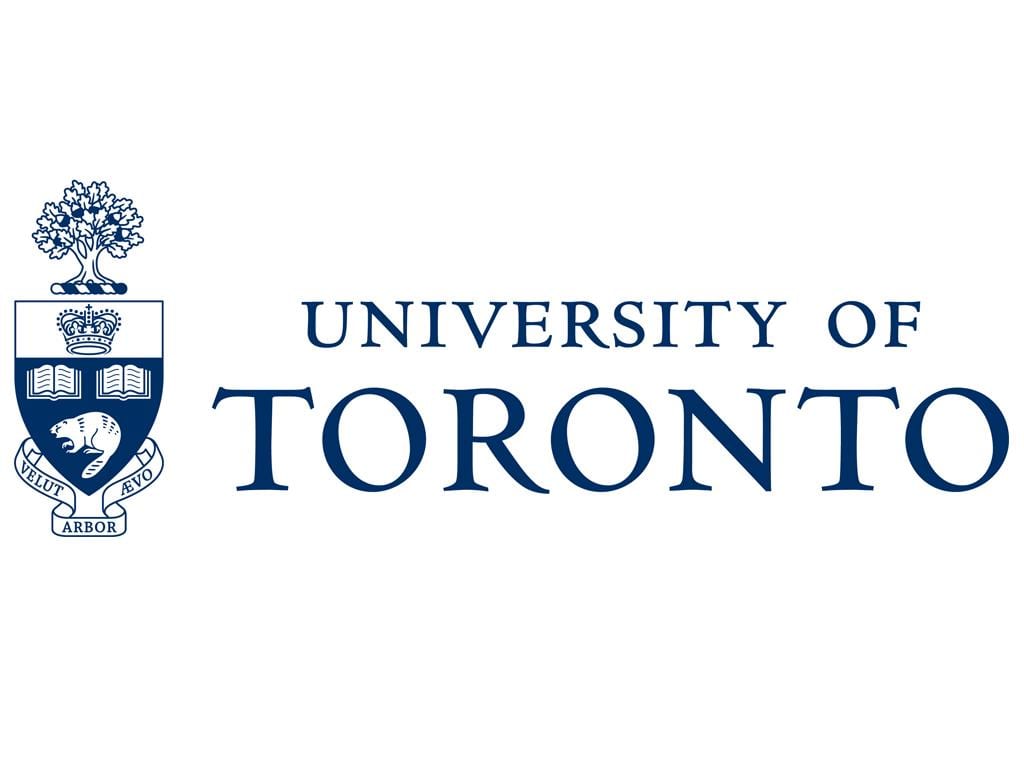 Top students of the national CaYPT will be given the opportunity to proceed to the 35th IYPT. The Canadian team will be sent to the IYPT alongside two team leaders and possible observers on behalf of STEM Fellowship (as the IYPT Member Organization). As a side point to the main event, STEM Fellowship will keep the door open for potential publication of the work conducted by participated teams who develop their presentations into a manuscript. There is a possibility that some of these papers could be published in the STEM Fellowship Journal (SFJ). All of the projects will be eligible for submission to the STEM Fellowship Scholarly Writing Challenge (SWC).

For more information, click here to go to the IYPT website, and here to go to this year’s competition’s page. Please direct any further questions regarding CaYPT to caypt@stemfellowship.org.

As a federal charity, we rely on the generous support of our sponsors to sustain the work we do for Canadian youth. Funds that are donated to STEM Fellowship are appreciated and will be used to support STEM programs, which provide students across the country with unique, inquiry-based, experiential learning opportunities.