Released by the CaYPT Organizing Committee on Oct 4th, 2021
Adapted from the Problem for IYPT 2022 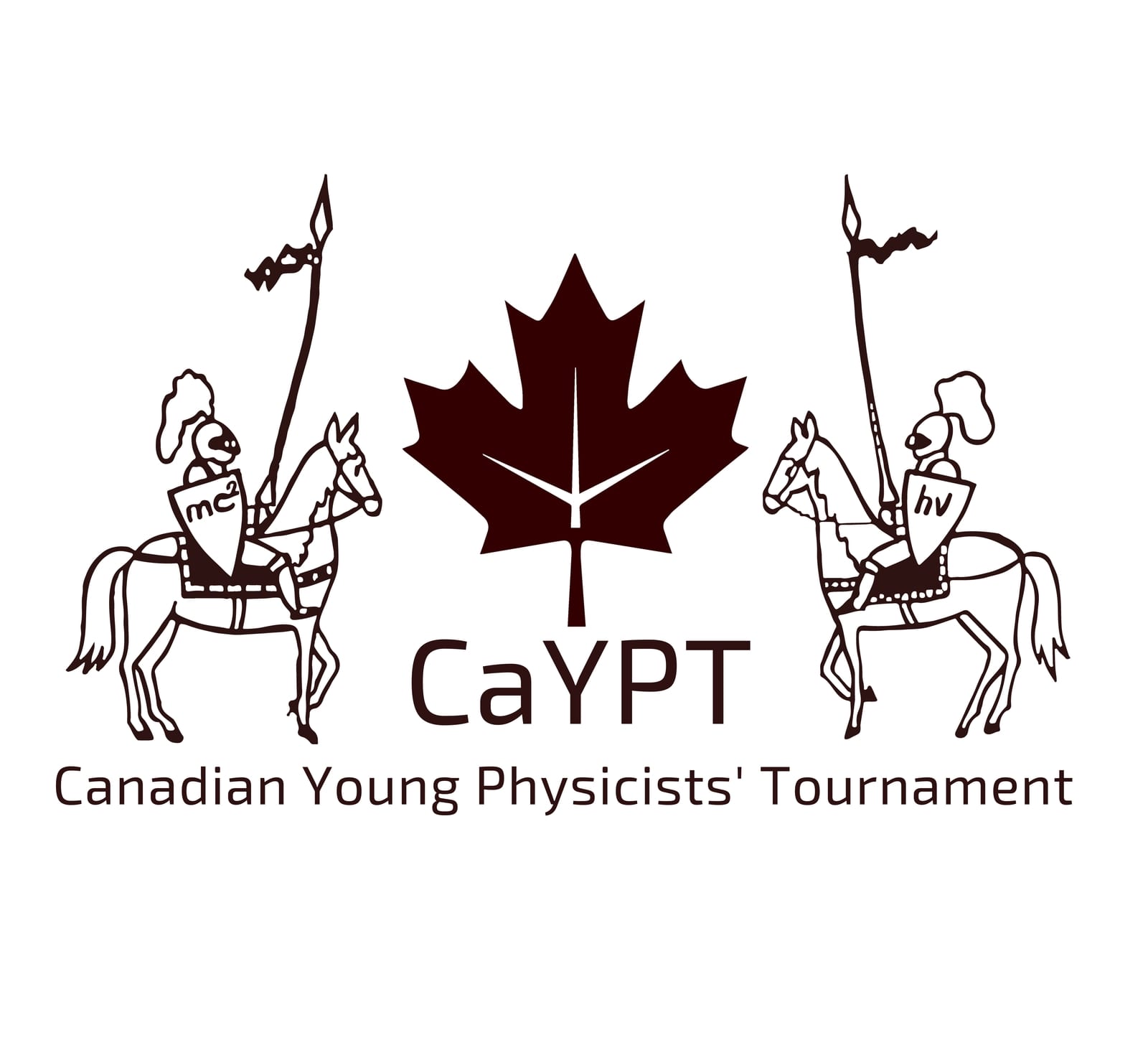 Problem A. Rayleigh Disk
A disk suspended vertically by a thin thread is placed in an acoustic field. This device can be used to measure the intensity of sound by turning about the axis of the thread. Investigate the accuracy of such a device.

Problem B. Ring on the Rod
A washer on a vertical steel rod may start spinning instead of simply sliding down. Study the motion of the washer and investigate what determines the terminal velocity.

Problem C. Unsinkable Disk
A metal disk with a hole at its centre sinks in a container filled with water. When a vertical water jet hits the centre of the disc, it may float on the water surface. Explain this phenomenon and investigate the relevant parameters.

Problem D. Bimetallic Oscillator
A simple electric oscillator can be made using a bimetallic contact-breaker. Investigate the relevant parameters that affect the frequency of such an oscillator.

Problem E. Droplet Explosion
When a drop of a water mixture (e.g. water-alcohol) is deposited on the surface of a hydrophobic liquid (e.g. vegetable oil), the resulting drop may sometimes fragment into smaller droplets. Investigate the parameters that affect the fragmentation and the size of the final droplets.

Problem F. Tennis Ball Tower
Build a tower by stacking tennis balls using three balls per layer and a single ball on top. Investigate the structural limits and the stability of such a tower. How does the situation change when more than three balls per each layer and a suitable number of balls on the top layer are used?

Problem G. Equipotential Lines
Place two electrodes into water, supply a safe voltage and use a voltmeter to determine electric potential at various locations. Investigate how the measured equipotential lines deviate from your expectations for different conditions and liquids.

Problem H. Balls on an Elastic Band
Connect two metal balls with an elastic band, then twist the elastic band and put the balls on a table. The balls will begin to spin in one direction, then in the other. Explain this phenomenon and investigate how the behaviour of such a “pendulum” depends on the relevant parameters.

Problem I. Stange Motion
Sprinkle small floating particles on the surface of water in a bowl. Bring a strong magnet above and near to the water surface. Explain any observed motion of the particles.

Problem J. Boycott Effect
If particles are suspended in a liquid that has a lower density than the particles, the particles will settle to the bottom of the container. The rate of settling can be affected by tilting the container that holds the liquid. Explain this phenomenon and investigate the effect of relevant parameters.

PDF Version can be found here.