If You Love Top Gun: Maverick, Learning the Physics Behind It Will Make You Love It More 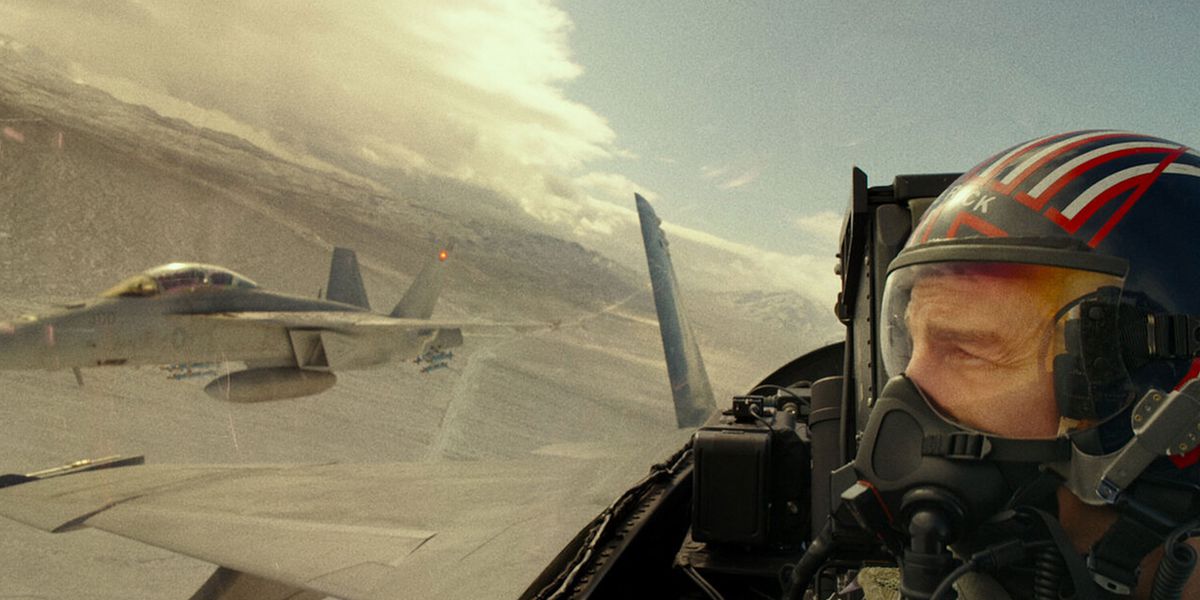 Top Gun, released in 1986, was mind-blowing for the public, inspiring multiple generations of naval aviators and fighter pilots. Thirty-six years later, its sequel Top Gun: Maverick, featuring fifty-nine-year-old Tom Cruise, is considered even more epic! Its realistic aerobatics in the air and twisting plot attract both old and young audiences to see the aftermath of Maverick’s naval career following the first film. The movie is also known for the actors actually flying in the F/A-18 fighters, showing some of the scientific aspects of flying fighter jets. So what are some fascinating facts about fighter jets? How is this related to the physics learned in high school? What does it take to be a fighter pilot, and, most importantly, how can you make flying aeroplanes your career? 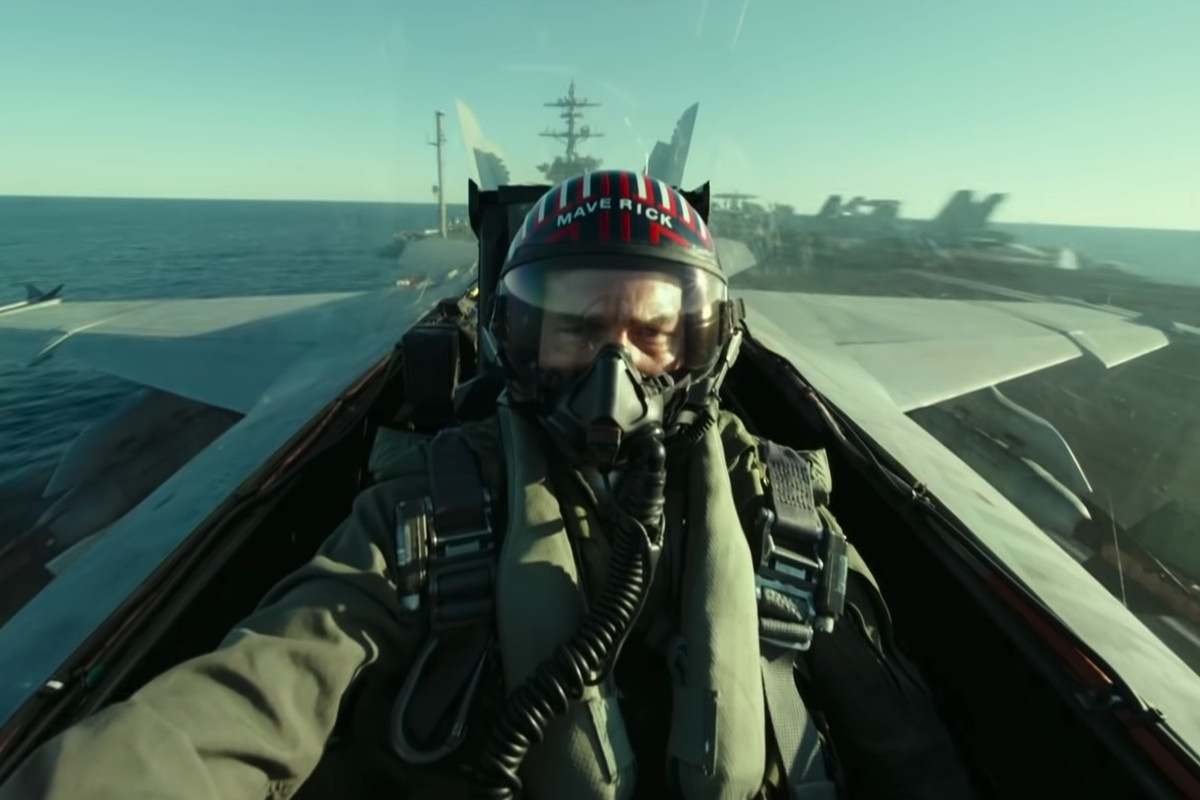 The beginning scenes of the movie are considered some of the most iconic film openings in cinematic history. Jets are launched into the air on a US aircraft carrier, with all the crew members chilling and “Danger Zone” by Kenny Loggins playing in the background. Except the jets are different this time –  the good old F-14 “Tomcats” have been replaced by the F/A-18 “Super Hornets” and the brand new F-35s. Watching this, have you ever wondered how aircraft that normally require hundreds of metres to take off only require 80 metres to be airborne on a carrier? How do the pilots feel differently if they still remain on the ground? 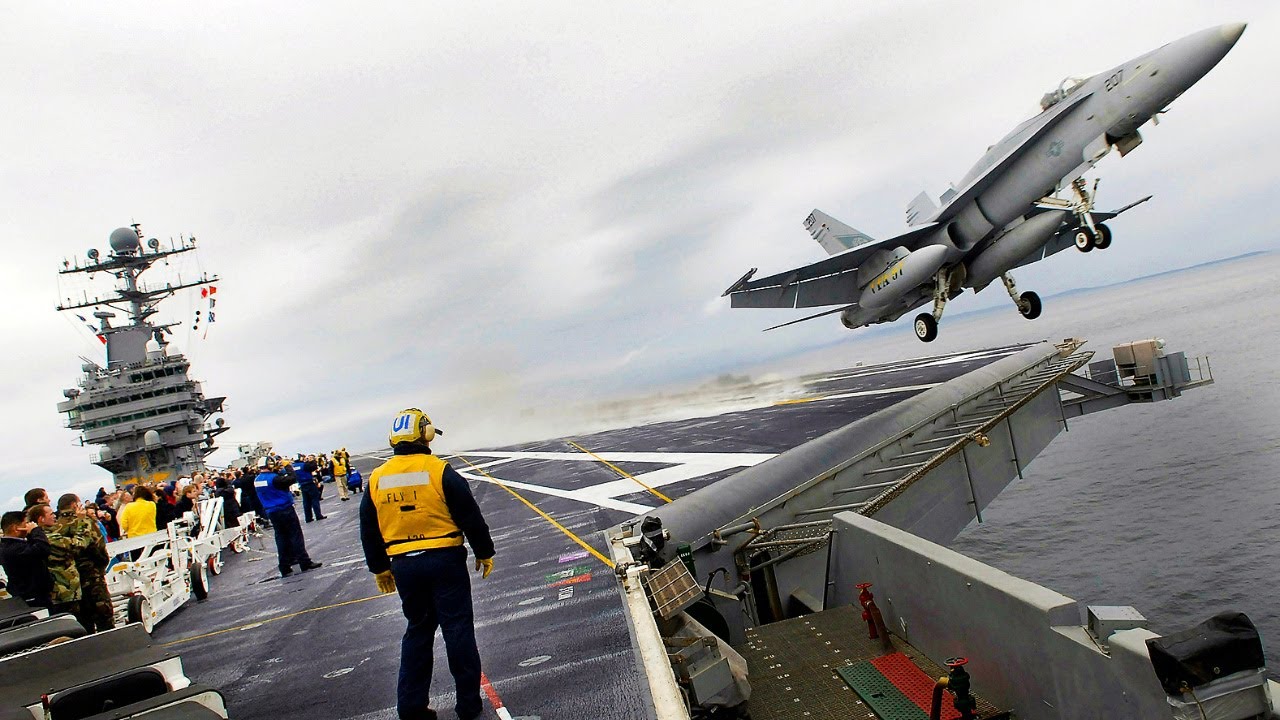 Well, to answer these questions, we can go into a grade 12 physics classroom and dive deep into the textbook. Because the topic is related to motion, the material for our investigation is probably in the Kinematics unit, which is the study of motion. The unit starts by introducing the fundamentals of motion and moves on to discuss the relationships between the different variables involved. It incorporates calculus to investigate the correlation between displacement and velocity in two dimensions. From the very basics, the unit leads us to eventually derive the kinematic equations which link all the variables together.

Now first, let’s find out what we already know. The runway of a typical Nimitz class carrier is around 80 metres. The take-off speed of a F/A-18 is approximately 165 knots which is 84 metres per second, and the initial velocity is 0. The key to addressing this question is to determine the acceleration because that is what pushes the pilots’ bodies hard against their seats due to their own inertia.

Looking at the equations provided, the best one is v1^2 = v0^2 + 2ad, where v1 is the final velocity, v0 is the initial velocity, a is the acceleration, and d is displacement. Plugging in all the data, we conclude that the acceleration is around 44.1 m/s^2. As we all know, the gravitational acceleration we are experiencing on a daily basis is 9.8 m/s^2. Therefore, when a pilot is being launched into the air, he/she is experiencing around 4.5 times a normal acceleration rate. That actually can cause adverse physical effects.

In the fighter pilot community, this phenomenon is better known as G forces, where 1G is 9.8 m/s^2. The problem with high G forces is that it adds more pressure on your heart and prevents blood from reaching the brain, potentially introducing loss of consciousness and even fatality. In simpler words, when experiencing 4.5 Gs, you would feel like 4.5 people piled up on you pressing against your heart, blood vessels and lungs. For average untrained humans, 4 or 5 Gs are usually the limits. Nevertheless, with modern technological aids and breathing techniques, well-trained pilots can be exposed to at least 9Gs.

A lot of high school students have little interest in physics because they have not discovered the beauty and the practical application of the subject. We, as a result, may be rather reluctant to be more engaged in classrooms. However, we also need to realise that physics in fact can be a very practical discipline. It is a tool by which we can understand the world around us instead of merely passing exams and getting grades. Studying physics can be enjoyable because it meets our practical needs. When watching science-related movies, we are often to some degree confused. Paying more attention in classrooms can greatly alleviate that concern and elevate our understanding of the films to a new level, making them more enjoyable to watch. Ultimately, we will realise that the physics phenomena involved in the films are all associated with the materials in the textbooks, and the connections between them make the learning process entertaining.

While it is important to study the concepts and understand the formulas in physics, the best learning can occur only when students are able to apply the knowledge to different situations and scenarios. If you are a high school student struggling to get interested in physics, try to find the connections between the subject and the things that you are obsessed with. That way, you may have an easier time unfolding and enjoying the beauty of studying physics.

While you might be more interested in learning physics, you may have also gotten more interested in being a pilot. Becoming a fighter pilot is one of the most demanding jobs, requiring both physiological and psychological strengths. To become a pilot in the Canadian Armed Forces requires tremendous dedication and hard work. You need a four-year degree in an accredited Canadian institution. You need to have excellent physical fitness to withstand up to 9 to 10 Gs. A more accessible job involving flying is an airline pilot. 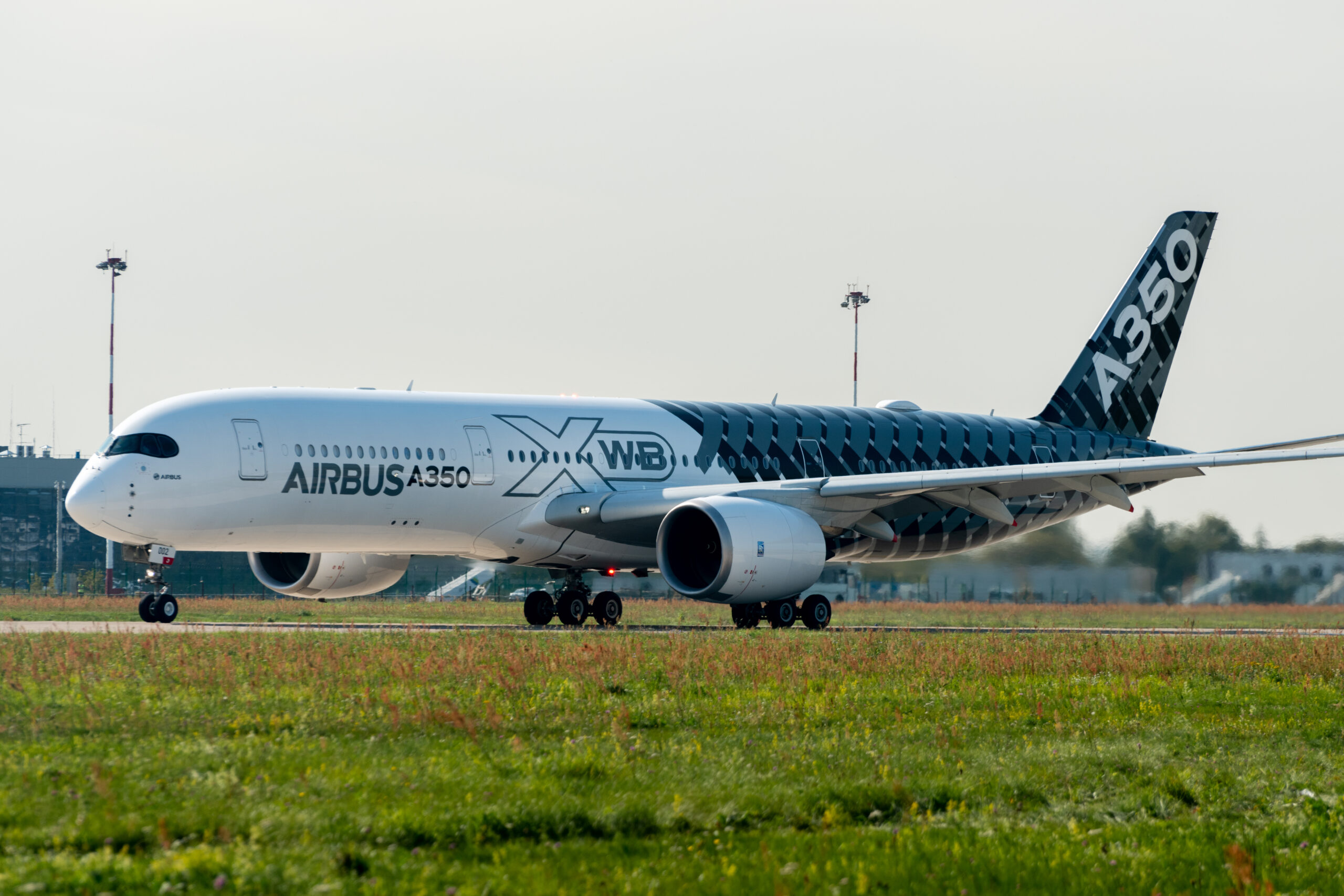 To fly commercially, you may need to have a four-year college degree. Graduation from a certified flying or aviation school might also be required. Additional licences or endorsements to fly different types of aircraft are needed. Further structured training is often provided by employers and varies between different airlines. The job of an airline pilot is obviously different from that of a fighter pilot. It emphasises the safety of the passengers rather than challenging the perfection of flying skills. Pilots and crews are trained to ensure flight safety whereas fighter pilots are tested on their skills to push the aircraft and technologies to the limit. However, commercial pilots tend to have higher salaries and get to travel around the world.