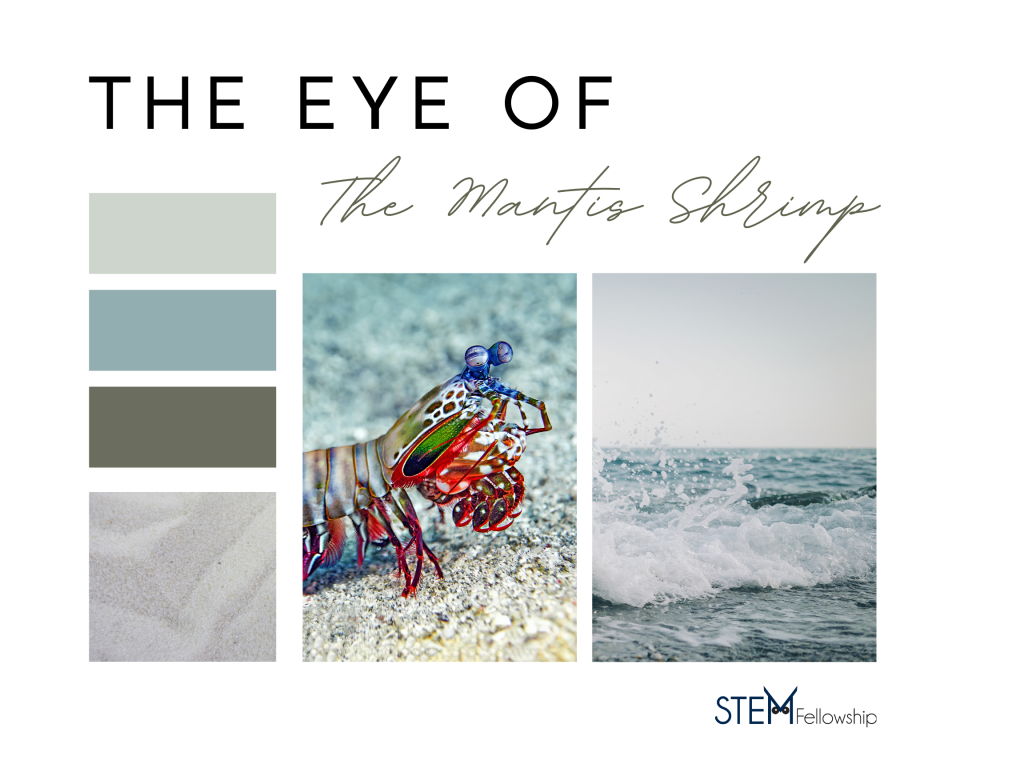 The ocean is home to a plethora of creatures, none of which are quite as fascinating as the mantis shrimp. These creatures are actually not shrimp at all, but rather, stomatopods. The mantis shrimp has several unique characteristics, from its long, segmented body, to its bright colourization; however, the most notable traits are its eyes. These are no ordinary eyes. In fact, they’re quite literally capable of seeing things far beyond our human imagination.

The mantis shrimp’s eyes look very different from our own eyes. To start, its eyes are considered compound eyes, similar to that of a fly or a bee, and each eye is composed of roughly 10 000 photoreceptive units, which are capable of instantly processing information, instead of needing to send the information to the brain first. Additionally, the mantis shrimp has an impressive twelve-colour receptor in its eyes, which is nine more than what we have. This means a mantis shrimp can see colours we can’t even begin to imagine. In addition, each of their eyes has three pupils. Our human eyes only have one pupil, meaning that we have two pupils in total, granting us binocular vision. Accounting for both its eyes, the mantis shrimp has six pupils, giving it hexnocular vision. As if having six pupils was not enough, the mantis shrimp can also freely move its eyes independently from one another in three unique manners: pitch (up and down), yaw (left and right), and torsion (rotation). All of this makes for an already complicated set of eyes, but the mantis shrimp has one last trick up its sleeve: it can see polarized light.

As science continues to develop, research will find more uses for polarized light. But these innovations will be thanks to the small, colourful, and feisty mantis shrimp who inspired us in the first place.