What Is Zero? And Why Can’t We Divide by It?

The Story about Zero

Aristotle didn’t have it, neither did Pythagoras or Euclid from ancient Greece: I’m talking about ‘ZERO’. Although it may sound like nothing, it is in reality a huge ‘thing’. This story comes hand-in-hand with my favourite mathematician, Al-Khwarizmi, and I think you’ll find the story of zero and its progression fascinating too. 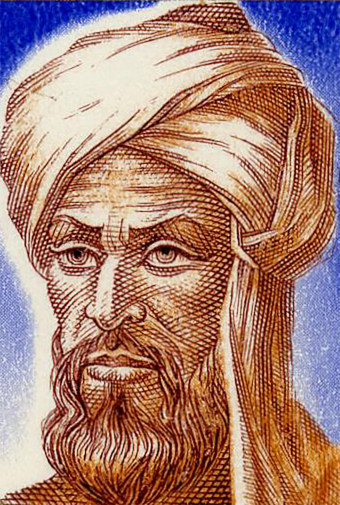 There’s a lot of ambiguity that revolves around this number, and some argue it’s not even a number. Therefore, it often becomes an interesting discussion for us to explore.

Firstly, it is worth the time to define a number: Numbers are a set of entities that can be combined (according to agreed rules) by the operations of addition, subtraction, multiplication, division, etc to produce answers that are in the set.

Additionally, there’s some history involved in the discovery of zero: In the early 9th century, the Persian mathematician Muhammad ibn Musa Al-Khwarizmi earned the title of “the Father of Algebra” due to his discoveries that allowed him to speed up mathematical calculations over the millennia[2]. He was deeply intrigued by the Hindu system from India that used only 9 digits. To keep from having to use more and more symbols for larger numbers, he developed a place system[1]: The value of a number could be determined by its place in a row of numbers. There was a row for 1s, a row of 10s, 100s, 1000s… Instead of the ‘nothingness’ from the Hindu system, it became a placeholder to help us keep our set of number systems coherent and cohesive.

“The tenth figure in the shape of a circle,” Al-Khwarizmi wrote, “would prevent the confusion between 1 and 10 among merchants”. If no numeral fell in a particular column, the circle occupied the place “to keep the rows straight”[1].  You can start counting without the use of zero, and you will realize why it is a number. And so did Al-Khwarizmi. He further studied ancient mathematical books and even began to consider the existence of negative numbers when subtracting a larger value from a smaller one. But, there was a missing piece of the puzzle that bugged him.

This was a moment of realization that solved a mystery that sped up future mathematical calculations and opened the door to the correctness of negatives and many other disciplines of study! Zero is a number, even if it signifies ‘nothingness’. This was the missing piece, and like that, Al-Kwarizmi solved the mystery. Zero was upgraded from a placeholder to a full-fledged numeral sitting right between -1 and 1. In addition, without the zero, adding x to -x is suddenly undefined, and we lose the beauty of our set structure. That helps us arrive at the discovery of zero, a number, and the beginning of all numbers![1]

In present mathematics, we are warned to not break one rule, as it causes much trouble: we cannot divide by this simple mysterious number, zero. But, why? 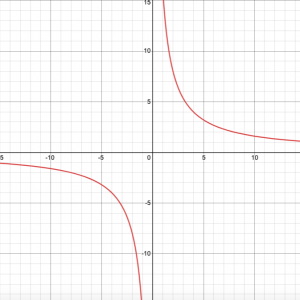 We need to first understand that division is how many times the divisor is added to get the dividend. For example, 16÷2 means how many times we add 4 to get 16. In other words, “2 times what gives us 16”? In a valid division equation, we should be able to multiply the quotient (the answer) by the divisor to get the dividend again and go back to where we started. For example, in 16÷8 = 2, the quotient (2) when multiplied by the divisor (8) gives us the dividend (16). This is true because division undoes multiplication, and this makes it a true statement.

In addition, if we divide a number by its reciprocal (1 divided by that number), we would always get 1. For example,

However, this is not the case with 0 because all numbers multiplied by zero would give us 0, not 1. This means that zero has no reciprocal.

Let’s take a second look at this equation: 16/0 = ∞. I previously stated that infinity not a number. But let’s explore the proof behind that!

First, let’s test whether infinity is the reciprocal of 0 (∞ = 10) pretending we don’t know any characteristics of ∞. This means that: 0 × ∞ = 1. Recall that a number multiplied by its reciprocal is 1.

Now, let’s put that into an algebraic equation, where each term is equal to 1, and that would give us a sum of 2.

Images source: Why can’t you divide by zero? – TED-Ed

This suggests that 1 = 2, which is contradictory to our understanding of numbers. This doesn’t make it a useful or intuitive assumption.

In essence, zero is a unique number in that we can’t divide by, simply because when we do, we lose the coherence of our beautiful set of numbers. In simple arithmetics, a number divided by zero has no meaning because there isn’t a number that when multiplied by zero gives us the dividend- it will always give us zero. So, a number divided by zero simply goes undefined. This exception to the division rule makes zero a source of intrigue for many people, including me. Note, there is more to the division by zero than what we have discussed here. If you are further interested, you may read on the expression 0÷0 in the form of a limit, resulting in an intermediate form. But that’s for another article!

Farah is a grade 11 high school student who takes partial IB at Old Scona Academic in Edmonton, Alberta. She is specifically interested in biological sciences, specifically human anatomy and physiology, as well as Mathematical theorems. In her free time, she enjoys creative writing and journaling, as she finds it a therapeutic form of art. She finds volunteering to be a fulfilling way to spend time with others and help her community.